We have been publishing the image girl series of the gateau chocolate specialty store “Kens Cafe Tokyo” in this magazine. Beni Ninagawa, who plays the Tsugaru shamisen in the 8-member rock band “Wagakki Band”, which is popular overseas, appears in the latest 116th issue! We talked about her YouTube channel which was restarted under the corona pandemic and her launch of the regional revitalization project. An English translation version is also available for overseas fans thanks to Kenji Ujiie’s arrangement, the representative of “Kens Cafe Tokyo” (English translation version is here). Please go and check it!

――Your YouTube channel restarted in January this year for the first time in 7 years. Please tell us the reason for restarting.

Ninagawa：The biggest reason is that I wanted to do a new project by having a new relationship with people in a different from the music industry that I have been involved in so far. On top of that, I restarted the channel, hoping that I would be able to show my life in the channel as it is, talking at home, cooking, etc., which is different from the Japanese musical instrument band Beni Ninagawa.

――Did you want to do such a channel before the pandemic?

Ninagawa：I started thinking about it when the Corona pandemic started. Due to the pandemic, the band’s activities became unrelenting, and last year in August, we performed 2 days live at Yokohama Area with only half of the audience. Until then we had been recording under the water, but there are quite a few periods when we can’t perform. At that time, I had time to think about “what I have to protect” and “what kind of things I have to communicate in my current position”.

So, I wanted to create a project team with reliable friends who I would like to meet even under such circumstances, and take on various challenges. In a good way, it’s decluttering, or while I usually meet with various people at work, it’s time to reconsider who I want to cooperate with and what I want to do.

――In the Wagakki Band you have a cool image, but I was surprised at the gap of how entertaining and charming you are when you interact with your best friend “Kana-chan”, who is the director of the channel.

Ninagawa：I got a lot of opinions like that, and when I am playing the shamisen in Wagakki Band, many people see me with a cool image, so people who watched the channel say, “I didn’t think you were this easy going!” lol. In the channel, I’m shooting the usual conversation with Kana, so I think I’m being able to express my natural self. I also try to send out who I am as I am and my thoughts.

Kana:I do marketing and management of SNS for work, so I thought it was a waste that Beni wasn’t fully utilizing SNS. She has a cute and innocent character by nature, so if she uses her big smile, her way of speaking in a Kansai dialect, she can convey her charm to more people. By the way, she has a lot of things she wants to do and talk about, so I hope to bring out more of that.

――Was it NG in your agency policy to put out your natural self?

Ninagawa：That’s not the case, but with eight members, I think it’s difficult for each member to convey their thoughts and ideas through interviews and music programs. So, I thought it would be nice if there was a place where I could express my thoughts firmly in a place different from the band activities.

Kana：She was originally a child with her own intentions, so I wanted to create a place where she could freely express her opinions.

Ninagawa：The band is for complete entertainment, but when I want another card, I’m glad I have the YouTube channel now.

――In the YouTube channel you also talk about how you started a regional revitalization project.

Ninagawa：In the first place, I wanted to work on a project by engaging with people from different industries. I learned that the local government is also looking for ways to promote the city under the corona pandemic, so I thought about collaborating with the locals and local governments who are not energetic now and cheer them up. I’ve always talked with the team about wanting to create an interesting and fun channel like this. It’s not just a PR, but a way to send out what is as it is, adding something unique from our channel.

Through the process I was wondering if our channel could send the message of “disseminating and protecting Japanese Wa culture,” which was originally part of the activities of the Wagakki Band. The first of these is a collaboration with “Daishi Wanpaku” who is trying to liven up the Kawasaki region in the Kawasaki Daishi area. I walked around the Nakamise area, experienced candy-cutting, made lanterns, and took pictures while having fun.

――The video shooting was also easy going and there were sharp jokes, so it was interesting.You seem like you have the guts to do these kinds of on-the-spot shootings.

Ninagawa：Kana-chan makes those kinds of decisions. What do you think?

Kana：I haven’t thought about it. I try to let her do whatever she wants to do.

――How about a bungee jump, for example?

Ninagawa：There was bungee jumping challenge in a fan club project of the Wagakki Band. I wasn’t a member, but I asked the manager “I want to do it too!” lol

Ninagawa：I want to try it! I love those kinds of thrilling activities, so I want to experience more and more. Of course, I also want to try things involving Japanese Wa.

――Beni-san seems to be suitable for variety shows.

Ninagawa：Originally, if I had a day off, I would travel alone to South America, so I would like to do overseas shootings as well as perform and plan channels.

――Speaking of overseas, subtitles were also attached when the channel was restarted.

Ninagawa：At first, we added subtitles so that people from overseas could enjoy it as much as possible, but I would like to launch crowdfundingand have foreigners and translation companies participate in the future. I’m wondering if we can do the same project together. I don’t think fighting for positions in Japan is a good idea. I would like to involve people from overseas.

Kana：There are quite a lot of Instagram followers overseas. For regional revitalization projects, Tokyo and Kyoto may be easy to understand for foreigners, but I don’t think Kawasaki will come to mind. That is why I hope that by sending out information, people from overseas will recognize it and come to visit us.

――Where do you think foreigners especially feel Wa in Japan?

Ninagawa：In our daily lives. It’s all about food, clothing and shelter. I get comments like “oh!” from foreigners about my daily life, and I often get interested in the life that Japanese people take for granted. For example, making a lunch box or having a picnic. People from overseas responded like “oh! Bento!”. Speaking of picnics, while we had a picnic, we filmed a very entertaining commercial by the river to introduce the aroma spray of “Mokutsuyu”. It was the first time for us to get a tie-up with a company.

Kana：In the video of making Korean food, there was a reaction from a Korean audience. And there were also comments from foreigners in the video where we ate fried chicken and takoyaki, and seafood bowls eaten at the Ebina service area.

Ninagawa：There was also a reaction when we wore a yukata and played a gesture game at the inn.

Kana：There were also comments on the Hakone Shrine, which we just took without thinking. There were comments like “It looks delicious!” when we took a video ordering UberEats.

Ninagawa：Shamisen, koto, and shakuhachi are seen as musical instruments with high standards in Japan. The class fees are high, the cost of musical instruments is high, and you need to have some kind of introduction in order to practice. I want to lower the standards. We want to lower the standards of Japanese Wa by adding our own colors and transmitting Japanese products in a way that is easy for various people, including those from overseas. By collaborating with Beni Ninagawa, Japanese Wa becomes more familiar. I would like to make such an attempt.

――True, there is an image that shamisen and Japanese musical instruments have a high threshold.

Ninagawa：I’m often asked, “How did you feel about Japanese musical instruments?”, But from my point of view, it feels like a guitar, bass, or drums. I wasn’t born to do this, it’s not that kind of awkward feeling. I hope you can enter the shamisen as if you were playing the guitar normally.

――Recently, the sound of the shamisen has been used as an accent in animations such as “One Piece” and “Kimetsu no Yaiba”, so it seems it will become more familiar to the audience.

Ninagawa：Many people overseas enjoy anime and Vocaloid. We, Wagakki Band, also came out of Nico Nico Douga, and I think it’s a tool that was easier for foreigners to enter.

――I haven’t seen much videos on YouTube involving local people and people from overseas, so it was helpful as a person involved in the same regional revitalization. It creates a sense of unity and looks fun.

Ninagawa：I myself have been playing the Tsugaru shamisen since I was 4 years old, and that was the norm, so I don’t have a special feeling such as “I’m doing Japanese culture!” to it. When I thought about my position and role, and how I can have people grow with me by doing what I do, I wanted to protect Japanese Wa culture. I wanted to spread the message!

Thankfully there are many fans who support the project. We will continue to work with people who support our activities through trial and error!

■Beni Ninagawa
Born in Kyoto Prefecture. She plays the Tsugaru Shamisen in the 8-member rock band “Wagakki Band”. She is currently active as a model with her outstanding beauty and style. She started folk songs at the age of 4, won numerous competitions, and has received the Chief Cabinet Secretary’s Award and the Minister of Education, Culture, Sports, Science and Technology Award. She started playing Tsugaru shamisen at the age of 7, and at the age of 15, she started performing Tsugaru Shamisen professionally. In 2013, she became a member of the Wagakki Band. The Wagakki Band version of “Senbonzakura” posted on Youtube has 130 million views. Through live concerts in Japan and overseas, she delivers unique music that is a fusion of Japanese and Western music.
YouTube（Ninagawa Beni Channel）
Instagram
Twitter 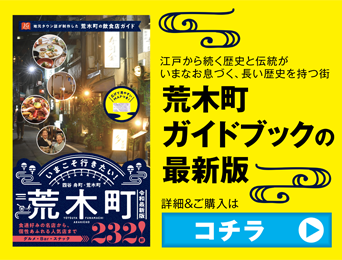 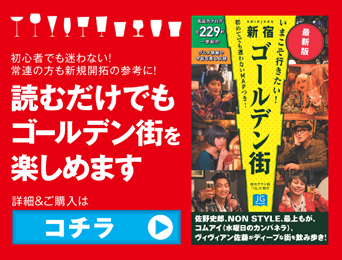